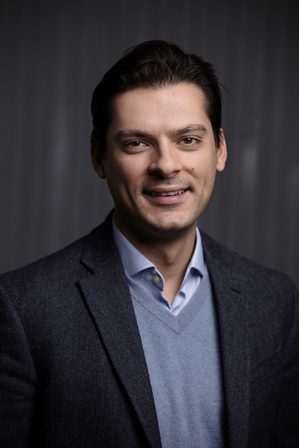 Luiz Filipe Coelho began playing the violin at the age of four. He received his first lessons in his home town of São Paulo from Elisa Fukuda. He later continued his education in Europe: in 2001, he became a student of Ulf Wallin at the Academy of Music Hanns Eisler Berlin, and from 2004 to 2005, he studied at the School of Music in Piteå, Sweden. He then returned to Berlin to attend the University of the Arts and perfected his skills with Guy Braustein and Axel Gerhardt. In 2008, he passed his concert exam there with distinction.

In 2007 and 2008, Luiz Filipe Coelho was a student of the Orchestra Academy of the Berliner Philharmoniker. From 2009, he had short term contracts playing in the first and second violin sections before becoming a regular member of the Berliner Philharmoniker in 2012. Luiz Filipe Coelho is a several times winner of the German Musical Instruments Fund competition of the German Foundation for Musical Life, and since February 2007 has played a Lornezo Storioni Cremona violin from 1774, owned by the Federal Republic of Germany.