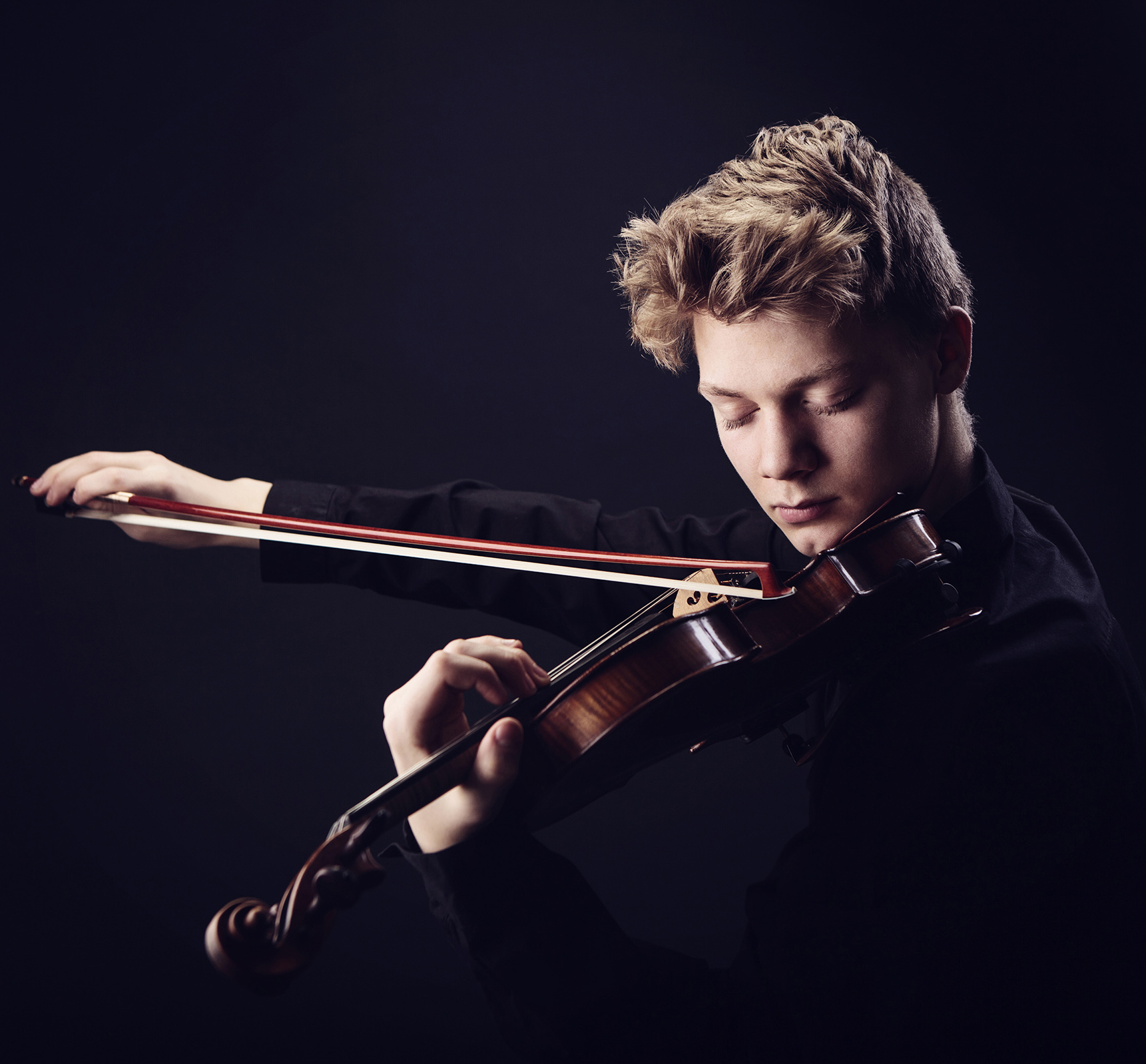 Joakim Røbergshagen was born in November 2000. He trained at the Trondheim municipal music school under Ian Hadley, and at the Department of Music at NTNU in the Young Talents programme where Bård Monsen was his teacher.

He performed Mendelssohn’s violin concerto with Stavanger Symphony Orchestra under Christian Vasquez in the spring of 2016. His solo début was with Trondheim Symphony Orchestra in November 2013 under conductor Ha-Nah Chang. Joakim received the Arve Tellefsen Musikerpris in 2016.

At the age of 11 Joakim Røbergshagen won the «Musician of the Year 2012» award as the youngest ever winner of the Ungdommens musikkmesterskap (Young people’s music competition). In 2013 he won the «Prinz von Hessen Preis» at the Academy Kronberg in Germany where he was an active participant on the violin master course led by Mauricio Fuks. Joakim was subsequently invited to attend a three-week study residency at Indiana University Bloomington, USA, in October 2013. He was a awarded a new talent stipend in Kronberg in 2015, and he also receives a yearly talent stipend from the law firm Arntzen de Besche.

Joakim was selected by Storebrand to have the use of Nicolo Gagliano violin from 1780.